What are you looking for?

Search our website. If you can’t find what you’re looking for, get in touch at: hello@wearebluecabin.com.

Want to find out more about our work?
We’d love to hear from you.

Home/Latest/Tokenistic or meaningful? The role of Children in Care Councils during the pandemic

Tokenistic or meaningful? The role of Children in Care Councils during the pandemic

Findings are now available from a study which looked at the impact of lockdown on Children in Care Councils, and how the care-experienced young people who take part have – or don’t have – an influence on decision-making in local authorities. Researcher Dr Clive Diaz shares some of the headline findings from the Compass project.

Many people might not even know that local authorities are required to have Children in Care Councils (CiCCs), and that those young people should have an impact on strategic decision-making. CiCCs are one way in which young people can have a real impact on decisions which affect them and other care-experienced people.

Until now, relatively little research had been carried out into CiCCs, how they shape policy and practice and how children and young people feel about participating in them. This is surprising given their statutory and pivotal role in shaping how corporate parenting should be done. By exploring and foregrounding the views of Children in Care Council members, Compass seeks to rectify this.

Think about the CiCC in your own local authority. Is it tokenistic or is it meaningful? Are the young people involved in both strategic and operational decisions? Are senior managers listening to them?

Our study, which included input from 12 local authorities in the North East, and more detailed consultation with CiCCs in three local authorities, showed a mixed picture. During the pandemic, some CiCCs stopped meeting altogether, whereas elsewhere, we found really good examples of how they’d been able to carry on.

We also found cases where CiCCs have done successful work around influencing training and recruitment of local authority and police staff, and changing the way language is used in relation to care-experienced people.

Here are just some of the key findings from the Compass project:

Corporate Parenting Panels (CPPs) were one of the main channels through which CiCCs could influence policy before the pandemic. In most local authorities that took part in this study, links between the CiCC and CPPs seemed to be reduced since the first lockdown in March 2020 and this is a concerning finding, particularly as a key purpose of a CiCC is to have an impact on decision-making at a strategic level.

Many of the young people stated that the pandemic and lockdown had a negative impact on their mental health. However we also found that in those local authorities in which the CiCCs performed best, they had a role in supporting mental health. Some of the young people reported that attending the meetings and taking part in activities really helped with their mental wellbeing, even when it was mainly online.

This was the most important factor for the young people, especially being able to interact with other care-experienced people, giving rise to empathy, mutual recognition and a desire to help others in similar circumstances. Young people were not motivated solely by self-interest; they wanted to support each other.

Much of the positive work carried out by CiCCs prior to the pandemic is having an impact on the local authority at an operational level, such as campaigns around language and improvement of review meetings. This has continued throughout the pandemic. Children in care also told us that direct contact with senior managers is important. The young people felt valued and felt their voices were heard.

Some CiCCs stopped running in March 2020 for a lengthy period. In other examples of good practice, CiCCs in one local authority met face-to-face, in line with National Youth Agency guidance, and still ensured that members had an impact on decision-making. After the end of the first lockdown, the meetings for this particular CiCC were moved to a larger building which allowed for social distancing.

The training that some CiCCs had carried out for police and social workers clearly worked well and seemingly had an impact on practice by professionals. This demonstrates the important work that CiCCs are doing at an operational level. It was a pleasant surprise to see that some local authorities had managed to continue excellent practice through the pandemic.

The problem, though, is consistency. Government guidance on CiCCs hasn’t been updated since 2008 and local authorities vary in their practices. There’s a danger that this lack of consistency means that, in a crisis like the pandemic, some CiCCs won’t have a voice. And it’s during a crisis that we need to listen to young people the most.

I hope that local authorities and the Department for Education will see that there’s a need for clearer guidance and more consistency. We need all local authorities to be prioritising CiCCs the same way that the best ones are.

A new research project has been launched to investigate how the switch to online communication during lockdown has affected care-experienced children and young people. 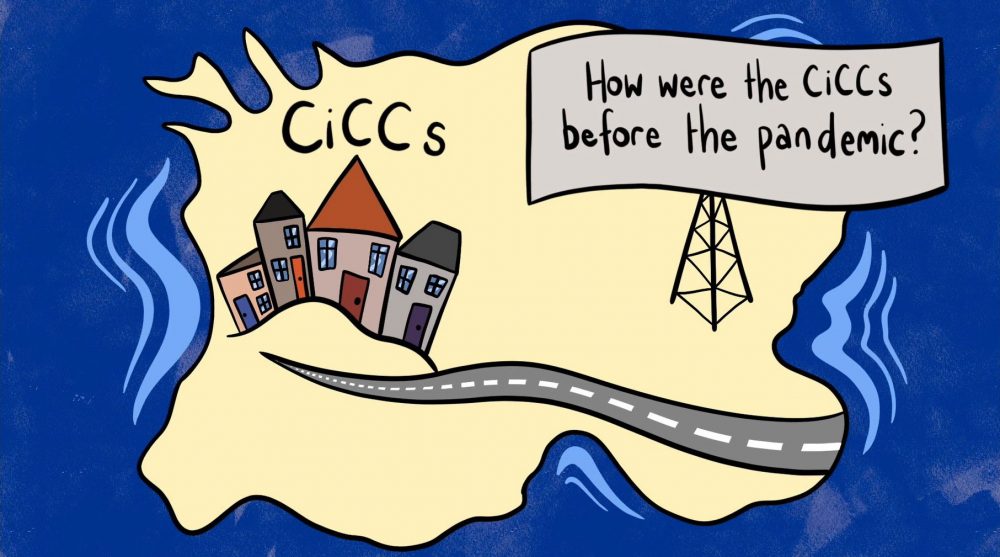 Findings from a study into the impact of lockdown on Children in Care Councils in the North East are now available.

We are grateful to have recieved core funding from Esmée Fairbairn Foundation, Segelman Trust and Community Foundation.

Sign in to view your orders from our shop.